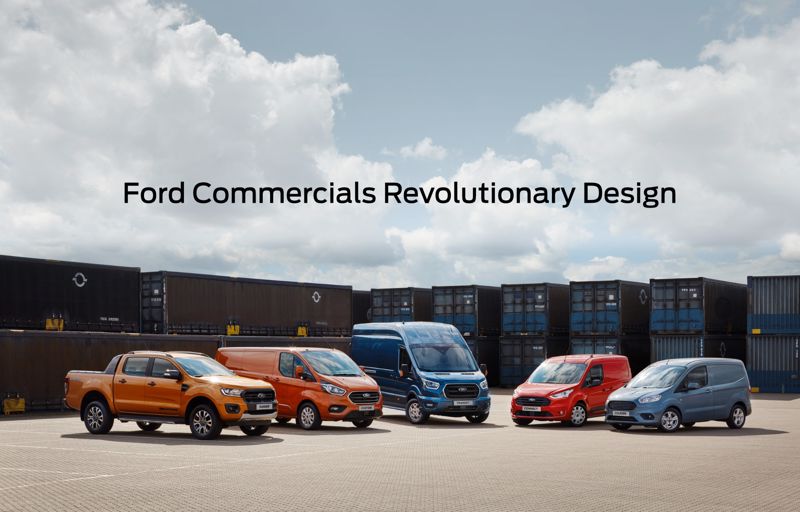 A Ford Van for every size and need, offered by Finlay Ford Vans Naas

In recent years Finlay Motor Group were appointed Commercial Vehicle Specialists by Ford Ireland, an award that we take very seriously. As Ford only appointed 25 Dealers for the whole of Ireland. We have an indoor Ford Van Centre where you can view and test Drive the full range of Ford Vans. There is a vehicle to suit every type of requirement available now in the Ford Van Range. The award winning Ford Fiesta car and the best selling Ford Focus are now available in commercial variants, and would be ideally suited for the self employed or small business user.

The small Ford van version is headed up by the Newly arrived Ford Courier Van, which boasts best in class fuel economy and load carrying ability with prices starting at €12,200 + VAT. The very successful Ford Transit Connect new model was launched towards the end of 2014 and as Ford say sales have exceeded expectations. The van can be ordered in SWB LWB and there is now a double cab in van version available.

Next in the Ford family is the Ford Transit Custom van that was awarded a five star N Cap safety rating in 2012. The addition of a clever load hatch means you can carry three metre lengths in the SWB Version and 3.4 metre lengths in the LWB Variant. The two tonne Transit has been the van to own in Ireland for over 30 years and this is still the case. The New Model was launched in 2013 and has gone down a storm.

The King of the Ford Vans Commercial range has to be the Ford Ranger which was the second Ford Commercial vehicle to be awarded five star safety status in 2012 and is available in both Single cab and Double Cab. So whether you are towing a boat to the Shannon or delivery Flowers to Naas, the message here is that we at Finlay Ford Van Centre have a commercial vehicle to suit you.

Ford are currently running very competitive finance offers with rates as low as 5.9 and 3.9% across the range depending on which van you are looking at.

So why not take the time to call and visit our Van Centre the next time you are in Naas. We are conveniently located 15 mins from the Red Cow and two minutes off Junction 10 on the M7 at the start of the Rathangan / Mondello Road.

Call Us Email Us Contact Us Book a Test Drive